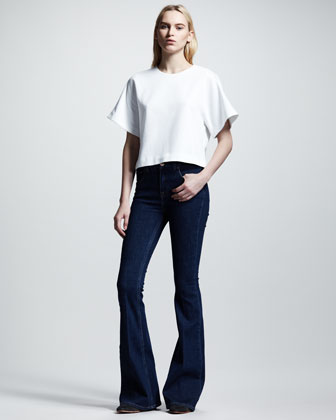 Add these Victoria Beckham high-waist flare jeans to my ‘Want’ list. Inspired by none other than VB herself while out with baby Harper in LA over Easter, I’m convinced that a pair of these would be a great addition to my denim stack. She is the best at modeling her own collection (and making me want everything she makes/wears). If I could find these on sale, that would be amazing. A high-waisted super flare jean is a must to give the illusion of long legs and works well when worn with your tallest wedges. Sometimes it’s just easier to wear jeans when going out on Saturday nights and this silhouette is sexy, yet different from what everyone else is wearing. I even love the back pocket detail, so simple but true to the Victoria Beckham branding. 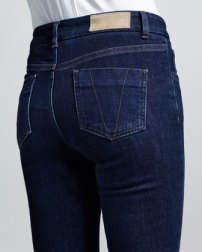 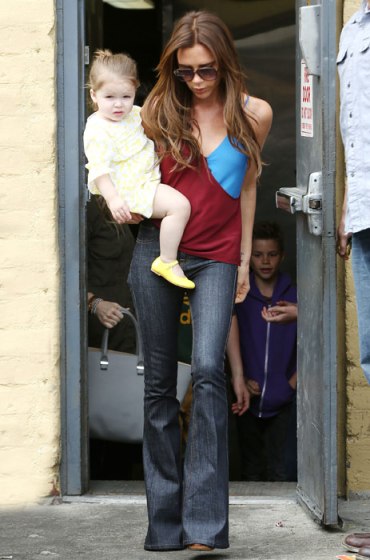 Saving my pennies!
Get a pair here or here. 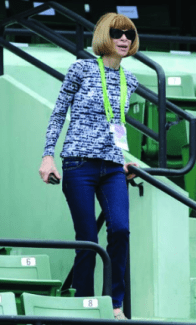 Fashionista.com did a story on the latest episode of Bloomberg Game Changers that featured none other than Anna Wintour, long-time Editor in Chief of Vogue. The show profiles industry leaders and their journey to the top. La Wintour chooses her appearances carefully, choosing to not appear on the show. People close to Anna Wintour were interviewed instead, including buddy Vera Wang, Wintour’s first assistant Laurie Schechter, and former Vogue publisher Tom Florio.