#throwbackthursday @ The Block is Haute

My friend Morgan, former co-worker & one half of the fabulous Pair of Heirs blog sent me this photo the other day. Because timehop. 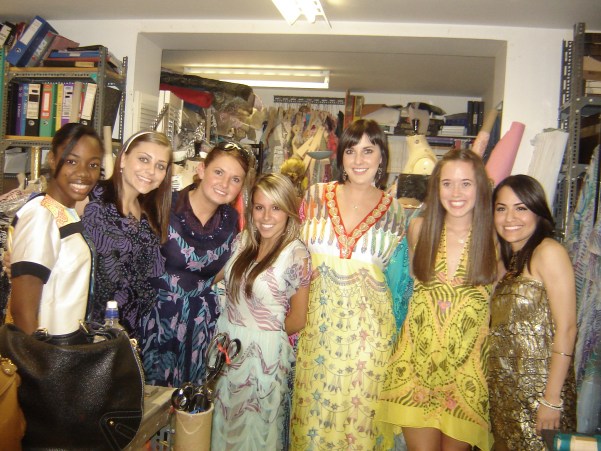 college me + classmates on summer study abroad in London. circa 2008.

This is a throwback snap of some college classmates and I in designer Zandra Rhodes’ London showroom.

I was blessed to get to go across the pond as part of the Baylor University Summer Study Tour. We spent two weeks over in Europe, traveling to Paris, London, & Scotland. The crew was a group of my classmates from the Fashion Merchandising & Fashion Design majors along with two of our professors.

I had the best time. I’m sure I was French in another life. I felt so free and comfortable walking around both Paris and London exploring by myself. Understanding the historical aspects on all of our sightseeing adventures really intrigued me. Even sitting at a cafe with a coffee (…okay, wine, maybe.) with a croissant and people watching was exciting too. Just taking in the life and culture that surrounded me was truly something I’ll never forget. 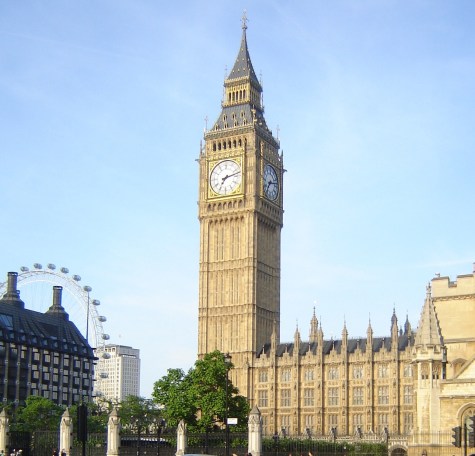 A few of our stops on the trip were to designer showrooms and studios. We got a behind-the-scenes look at how the print-driven designer Zandra Rhodes works. Her prints are what she is known for. She designs them based on her inspirations from traveling the world. She’s been designing since the ’60s and has dressed Princess Diana, Jackie O, and Sarah Jessica Parker in Sex and the City. 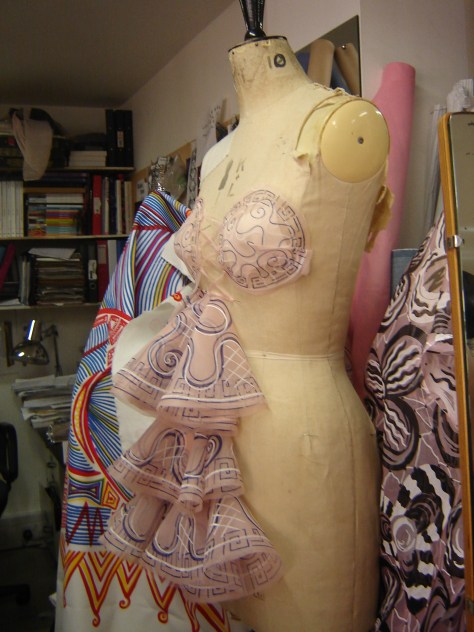 There’s no better treat than to play dress up in designer threads. We all picked out what we would try on – it was so much fun! The garment that caught my eye was a dress inspired by Yves Saint Laurent’s famed Mondrian dress and collection. YSL is one of my favorite designers and had passed just a few days earlier when we arrived in Paris so making my choice was a no-brainer. If only we were able to take the dresses with us! 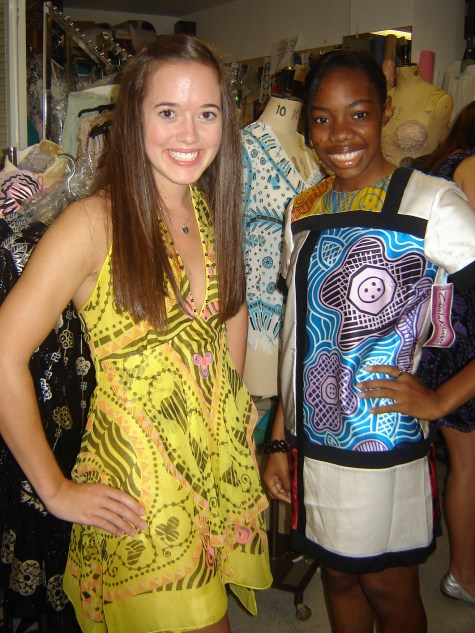 If you haven’t been over to Europe yet – I highly recommend it.
Remember we just talked about taking a trip – do it!

Linking up with: Classy Yet Trendy — Two Thirty Five Designs 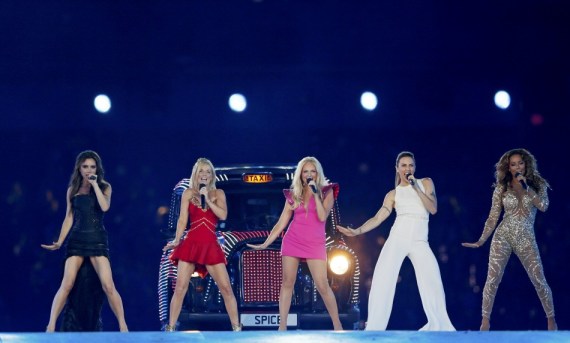 Ahhhh! There is almost nothing in this world better than a Spice Girls reunion. London, the host country of the 2012 summer Olympic games, brought out their best stars for the closing ceremony. The Spice Girls were definitely highly anticipated and the highlight of the whole show. The 90s girl group performed their hits “Spice Up Your Life” and “Wannabe” on sequined taxis. Their performance was the most talked about event per minute on Twitter this weekend. 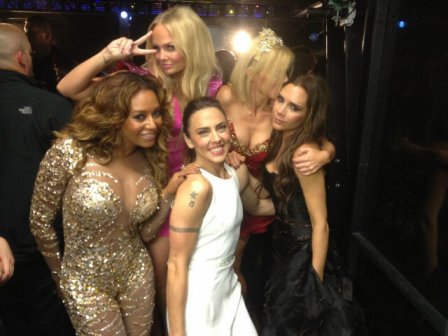 All 5 girls looked fabulous. Baby Spice Emma Bunton rocked a cute pink mini with structured shoulders by Maggie Cooke. Mel C. stayed true to her Sporty Spice persona and wore a white jumpsuit with some fab silver wedge sneakers. Geri Halliwell didn’t wear a union jack dress as many had hoped but did include a nod to her country in the bustle of her red dress by Suzanne Neville. A ginger who wears red definitely gets points in my book. Mel B. looked stunning in a gold sequin jumpsuit by Zuhair Murad. I was glad to see how fab her body looked and I’m obsessed with Scary Spice’s golden brown wavy hair. Last but not least, Victoria Beckham wore a custom made Giles Deacon dress that was inspired by look 3 from the Fall 2012 collection. Posh Spice was always the fashion diva and performed flawlessly with a flowing train.

Listening to my Spice Girls playslist all week and crossing my fingers for more reunions. 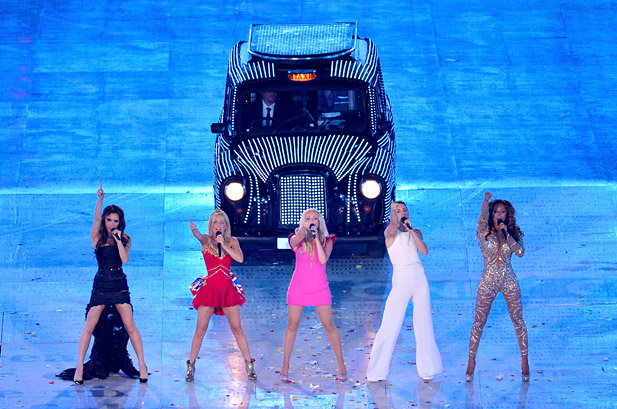 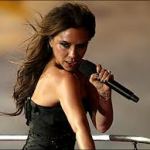 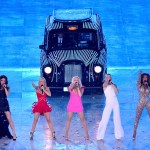 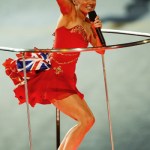 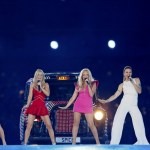 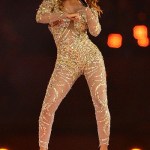 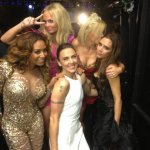 Kate Moss is the face of Rag & Bone for their first ad campaign. love.
I’ve worked with the company some & love the brand. Glad they’re getting back to their London roots while staying NYC chic. 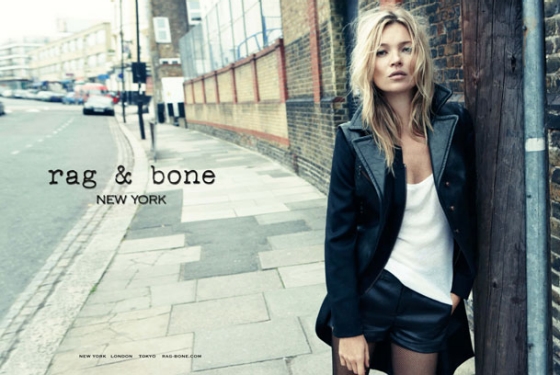 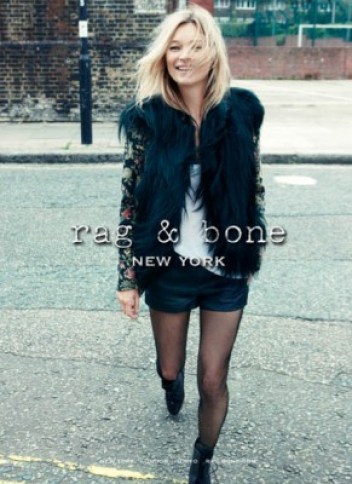 My second favorite style-icon (after SJP of course) these days might just have to be Anne Hathaway. With outings like this on the regular, I can’t help but have her at the top of my list. Here she is in Alexander McQueen, 2012 Resort at the London premiere of her new movie One Day. 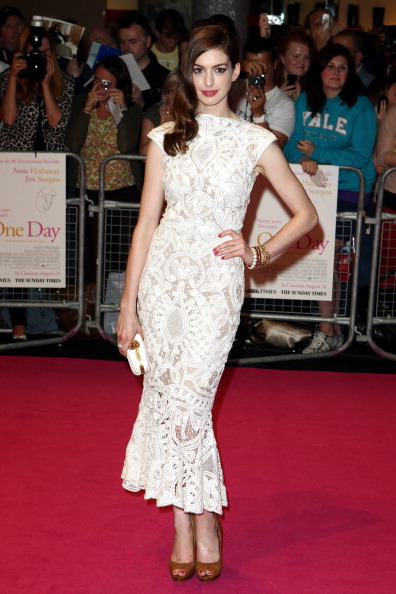 She looks amazing with the soft Marcel waves, clean makeup, and simple pink lip. The white lace is so pretty. The tea length is hard to wear for most women but Anne pulls it off perfectly. It’s not short and it’s not long but can be done if you carry it right. She accessorizes with a few simple bangles and a coveted Alexander McQueen skull clutch. Love it! 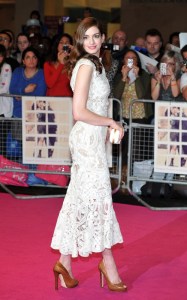 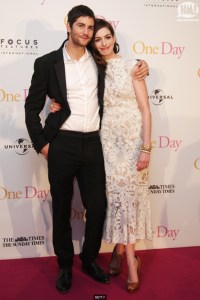 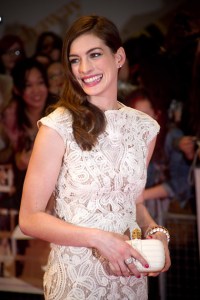 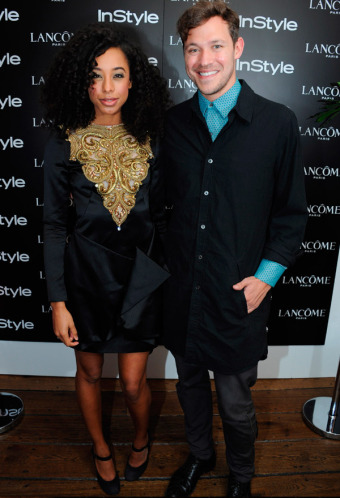 British singer Corinne Bailey Rae looks so chic at the InStyle Best of British Talent BAFTA party. (try saying that three times fast.) On her way into the soiree she poses with fellow Brit Will Young who won the first season of “Pop Idol”, the UK’s version of American Idol.

She is wearing an Alexander McQueen dress which is so appropriate since he is the British designer still fresh on our minds after passing away a year ago. The long-sleeve black satin dress is detailed with gold embroidery at the top.  She exudes elegance without trying too hard. Her hair is so beautiful in those natural curls. The makeup is flawless. I love the gold eye shadow that perfectly fits with the dress and makes her face light up. The natural lip is a nice simple touch. The dress stands out so I like how she keeps makeup and accessories simple.

Glad to see Corinne Bailey Rae attending events. She is definitely one of Britain’s best. At the moment I’m loving her rendition of Bob Marley’s “Is this love”. Looking forward to more good music from her.