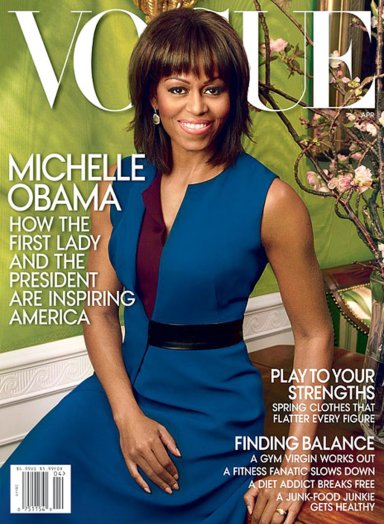 Our First Lady, Michelle Obama has landed her second cover of Vogue. For round two she dons a blue shift dress by Reed Krakoff who has been one of her recent favorites. She wore custom looks by the designer for events during the President’s second inauguration. The FLOTUS wore pink Jason Wu for the first cover, another go-to designer for her. Shot by Annie Leibovitz, we see Michelle Obama with her newly cut bangs and frames her face with Kimberly McDonald earrings. The article spoke to how the First Family is leading by example and how the Obama’s are inspiring America. 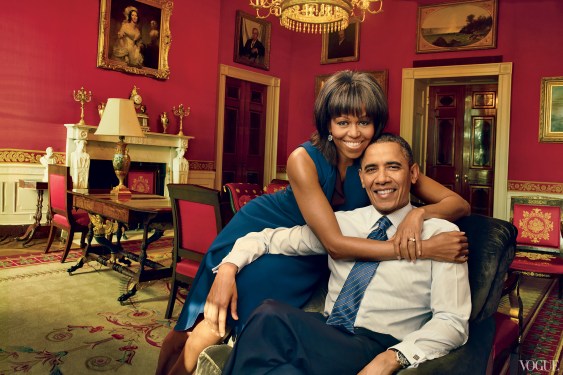 The article penned by Jonathan Van Meter covers a variety of topics from the Obama’s parenting philosophy, details on the dynamic between Barack and Michelle, and  some of the issues facing the President. Considering that Michelle is on the cover and how her fashion choices have captured a nation, I was a little surprised to read the article and find the focus mainly on the President. Vogue is a fashion publication, that does expose readers to a diverse range of topics, but there were only a couple of sentences towards the end of the article on fashion as it relates to the First Lady. I will say that the part of the article that included Hillary Clinton threw me for a loop, not sure how that was related to Barack and Michelle. Overall, I enjoyed reading the article, I love seeing positive people take a prominent position in the world.

Can’t wait to see more from the spread. Michelle looks so sleek in the Michael Kors Pre-Fall sweater and skirt. 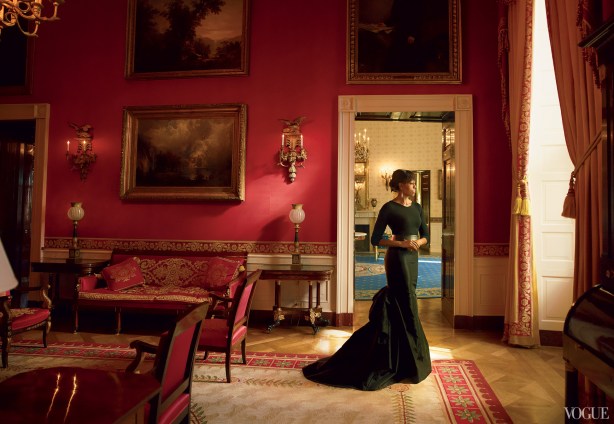 Apparently Barack Obama is a fan of the Black Eyed Peas. Annie Leibovitz played some tunes in the background during the photo shoot and commented that he loved their song “Where Is the Love?”. And shout out to the Vogue March cover girl Beyoncé, the President compliments his wife in a way that us young people can relate to: “Michelle’s like Beyoncé in that song,” says the president. “ ‘Let me upgrade ya!’ She upgraded me.”

Read the whole article over at Vogue.com and go get a copy!